Here are some useful addresses

N.B : Squares open early in the morning but close at 7 pm. 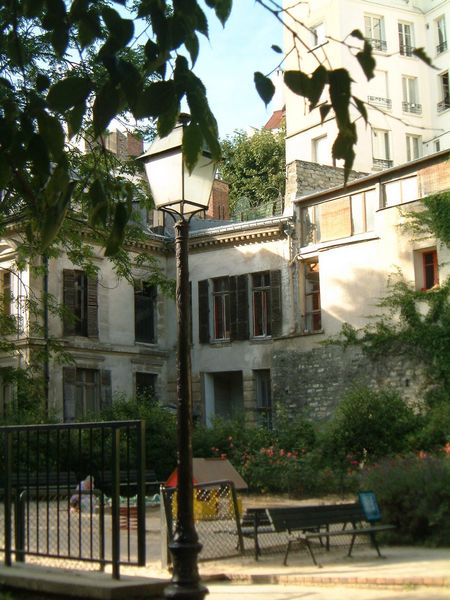 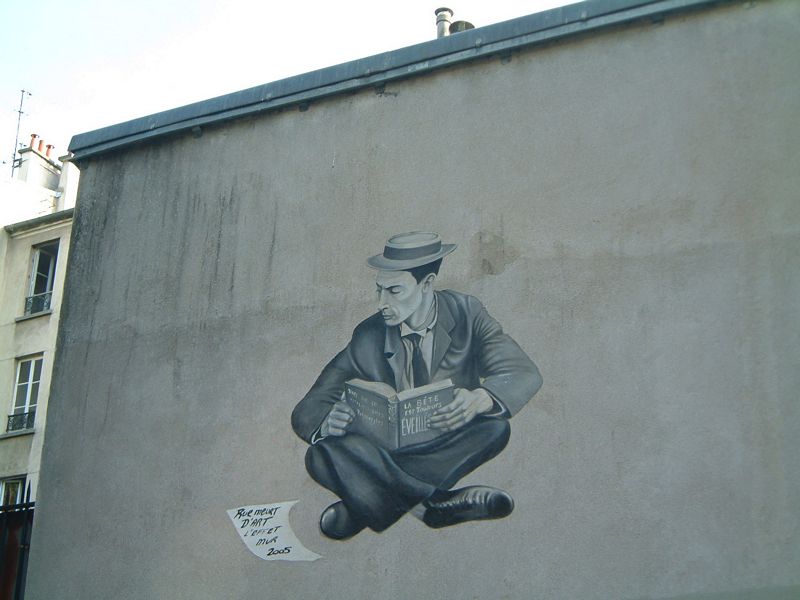 Located at the top of rue Burq, this is both one of the most discrete and least known squares in Montmartre.You will discover in it some interesting architectural curiosities, as well as games and a sandpit for the children.The pictures above were taken in this square. 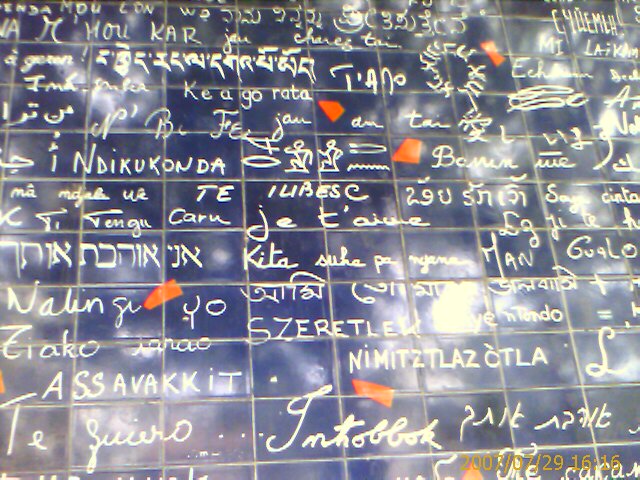 This square is located just behind the Place des Abbesses. Here, you will find the famous "I love you" wall, a huge blackboard covered in 311 different versions of "I love you" in 280 languages, a unique work of urban art!

This square is located between Marcel Aymé and Place Dalida. It is medium-sized with a large sand pit and a few games at the bottom. It contains a surprising statue of Saint Denis (see photo), who was beheaded by the Romans in front of the Temple of Mercury in the IIIth century, and who, according to legend, carried his own head to his burial site (located either on the butte Montmartre or at the Basilica of St. Denis, depending on which version you refer to).

A soothing place, both for adults and children. The square lies behind the Sacré Coeur Basilica.
You will find an entrance located on rue Chevallier de la Barre and another on rue de La Bonne.The square has games for children, a small waterfall and stone benches shaded by trees.
This square comes highly recommended! 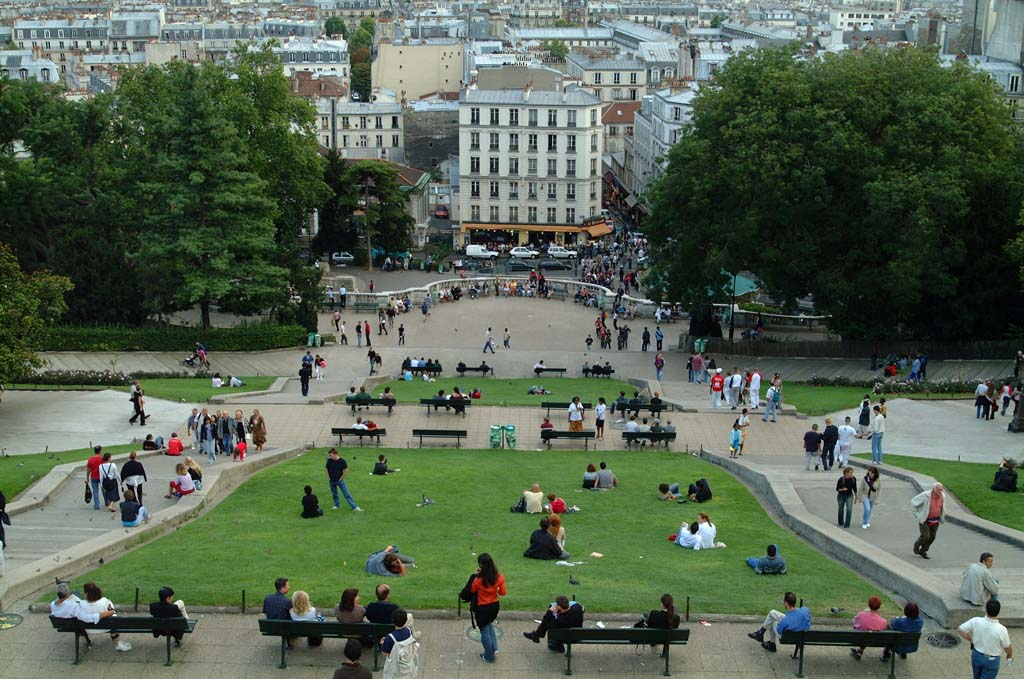 This is the wide expanse of grass at the bottom of the Sacré Coeur Basilica, just above the market Saint Pierre.
There is always a crowd of people here, which makes it the least relaxing square in Montmartre by far. There is a carousel, however, which is popular with children.